Week one of my sugar cleanse is DONE for my Be Healthy project in working towards my 500-hour Yoga Teacher Certification.  To be honest, it wasn’t as hard as I thought it would be.  Just to recap my first post- this challenge is to remove all intoxicants from my diet for an entire month, including: sugar, chocolate, junk food, fast food, caffeine, alcohol, drugs, and tobacco.  As I mentioned in my first post, I don’t use tobacco or drugs, I rarely eat fast food or junk food, and I’ve already weened myself from caffeine, so the only part of this month I’ve been worried about from the beginning is the sugar.

In the past, whenever I’ve tried to cleanse sugar from my diet, I’ve always relied on extra dark chocolate with sea salt to curb my sweet cravings (When you salt bitter food, it blunts the bitter receptors on your tongue and makes them taste sweeter. So even though 85-90% dark chocolate doesn’t have sugar, it will taste sweeter than it actually is.) Thus, going in to this week, I was worried about what I would turn to when I couldn’t even have chocolate.  My go-tos turned out to be: salted nuts, frothy soy milk, and all natural peanut butter.

The hardest part about this first week was constantly being surrounded by leftover holiday treats.  We hosted Christmas Eve at our house, we made dessert for a New Year’s Eve wedding, and we had Armenian Christmas, so desserts were everywhere (and not just any desserts- some of my favorites!) Another method I’ve always done in the past when I’ve tried to cut out sugar is to literally throw anything I couldn’t eat away, so I wouldn’t even be tempted.  However, I wasn’t able to do this this time around, which really messed with me mentally the first 4 days, but I slowly got over it, and think my will power grew stronger from it (which will be great for once this cleanse is over!)

I’ve broken down my thoughts briefly day by day below, and as I wrote my last entry it hit me- would you guys like to see exactly “What I Ate in a Day” for each day? Would it help to see my meals and snacks? Let me know in the comments below! Be sure to hit me with any questions or tips as well.  Let’s hope week 2 goes as smoothly as week one, because I am feeling great mentally and physically right now!

After eating way too many cake pops the past 3 days while I was making them for my cousin’s wedding (and then enjoying them at the event) I was actually ready to be off sugar.  Today really wasn’t as hard as I expected, I just had to be conscious of not sub-consciously grabbing for a handful of our leftover peppermint popcorn or chocolate covered nuts when I was bored or waiting on my meals to cook.

Today I made the mistake of leaving my smoothie at home as I went to workout and teach back to back classes, so by the time I got home I was STARVING.  I was so tempted to grab quick energy from one of the leftover holiday desserts we still had lying around, but I was proud of myself for grabbing a handful of pecans while I cooked some asparagus and tempeh.  Later today, my entire family went to the movies.  We’re not usually a butter popcorn and candy kind of group, so this wasn’t a big deal, but I did bring along some air popped popcorn just in case I was tempted.  The hardest part of the day was when my entire family was finishing the last of our holiday treats- which included homemade carrot cake with cream cheese frosting (my favorite) and Cheesecake Factory’s Peppermint Bark Cheesecake.  Yea, resisting these was a real bitch.  But, luckily I was already mostly full from eating veggie soup and a salad for dinner, so I grabbed some soymilk and a tablespoon of all natural peanut butter to curb my craving and I was good to go!

Today I felt fine.  My meals were evenly spaced, so I didn’t have any cravings.  I was tempted again by my family snacking on remaining Christmas treats, but I was able to resist with minimal suffering. (LOL- suffering, yes, resisting desserts is truly a sacrifice).

Today was the hardest one yet- I teach 6 classes every Wednesday, starting at 6 am, so my energy is drained by mid afternoon.  It’s typically around 2:30pm I am looking for something sweet as an energy and mood booster, and today was no different.  I resisted my first temptation with a serving of salted cashews- that satisfied me for about an hour and then the craving came back.  Luckily, I was at the yoga studio without any food, so I just had to fight through this feeling.  Then, when I finally got home at 7:45pm, I was starving and really wanted to grab something to snack on while I made dinner, so I had half a grapefruit.  Although grapefruit has sugar in it, it’s a low glycemic food, and was just what I need before dinner.  I had a substantial salad for my final meal, and a serving of almond butter before bed.  I was no longer craving sugar once I was full- so that tells me that many times my “cravings” are just because I’m hungry in general, or low in nutrients.

Today was the first day I was able to wake up without an alarm in about a month, so I felt really good! It’s absolutely true that the more tired you are, the more likely you are to have cravings, specifically for sugary and high fat foods. This is because your hormones are affected when you’re not properly rested, and your body wants quick energy to feed off of since it didn’t have the chance to reset properly the night before.  It also hit me today- the first week of this challenge has also coincided with my period (TMI, sorry ¯\_(ツ)_/¯) and at first that made me pissed because I was like WHYYY does this cleanse need to get any harder?! But then I snapped out of it and realized I’m even more proud about my ability to resist so far.  All the research I’ve done says the first 3-10 days of cutting out sugar are the hardest (literally with similar withdrawal symptoms of a drug) so if I can get through this first week on top of period cravings, I should be able to finish this month like a champ! (Let’s hope at least)

Today is Armenian Christmas, so it was sort of a bummer not to be able to have some Baklava, but all in all, it’s ok.  If I wasn’t taking part in this cleanse, I probably would have eaten a bunch of unnecessary sugar today just “because” it was a holiday, so I’m glad I was able to just listen to my body and realize that I didn’t need those treats. However, once again, cravings didn’t hit until night time. We were watching a movie- a typical time when I would want to snack on a treat of some sort.  Instead, I warmed up some soy milk, used my $6 milk frother (that is absolutely INCREDIBLE- I recommend ordering right this second!) and it was like drinking a warm vanilla milkshake.  So creamy, so comforting, so what I needed in that moment! Not only is this going to be my go-to snack when I want something sweet, but also a winter staple to keep me warm.

Today I spent nearly my entire day in the kitchen recipe testing for the blog.  I was busy and focused on what I was cooking, so I didn’t even have time to crave sugar! Plus, I was tasting my recipes as I went along to adjust seasonings, so I didn’t have the chance to get hungry.  I’ve realized the truth behind filling up on a whole, nutritious foods to prevent cravings from happening in the first place.  This is where I fall short many times- I won’t eat a regular meal because I know I want to “save calories” to indulge in something later, but by then I’m starving, so I end up over-indulging.  Moral of the story: Eat nutrient dense meals FIRST!

My first meal of the day was my Everyday Smoothie, that had 1 cup of frozen strawberries in it- again, they contain sugar but I made it a point at the beginning of this cleanse that I wouldn’t be cutting out anything healthy and natural. Anyway, this smoothie is full of greens, vitamins, minerals, and protein, so it set me up to have a good day. I was recipe testing french onion soup with vegan cheese throughout the afternoon, so I was kept satiated as I snacked on that.  For dinner I had a salad with avocado, french onion soup, then some nuts and soymilk before bed.  Closing the first week feeling very strong about the remaining 22 days! 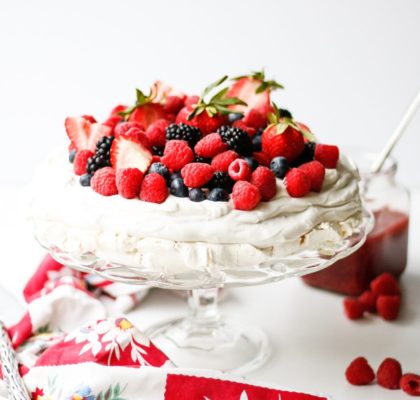 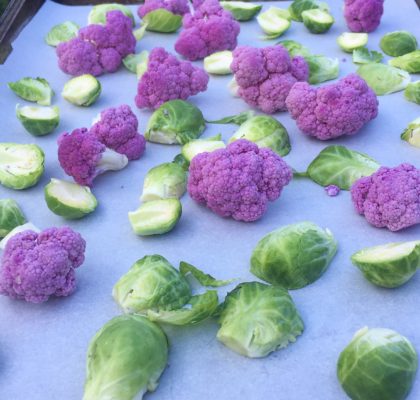 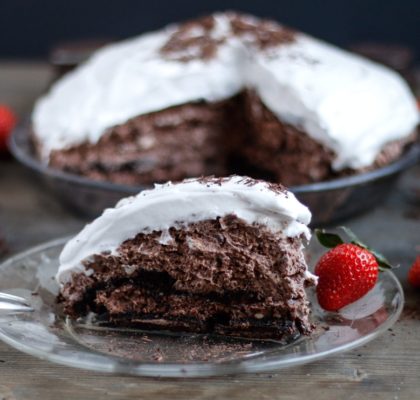