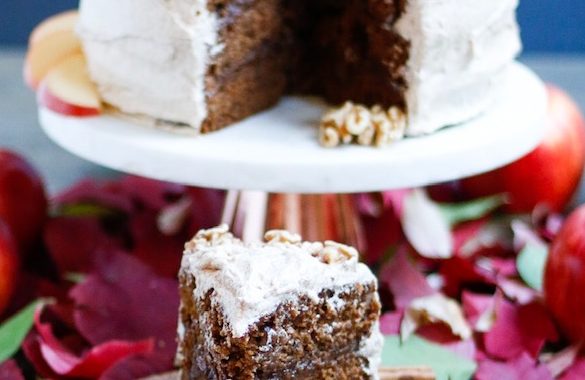 Molasses Spice Cake is an absolute Thanksgiving dream! Especially when layered with thick smears of apple butter, then smothered with brown sugar cinnamon buttercream on top, it’s absolutely not to be missed! 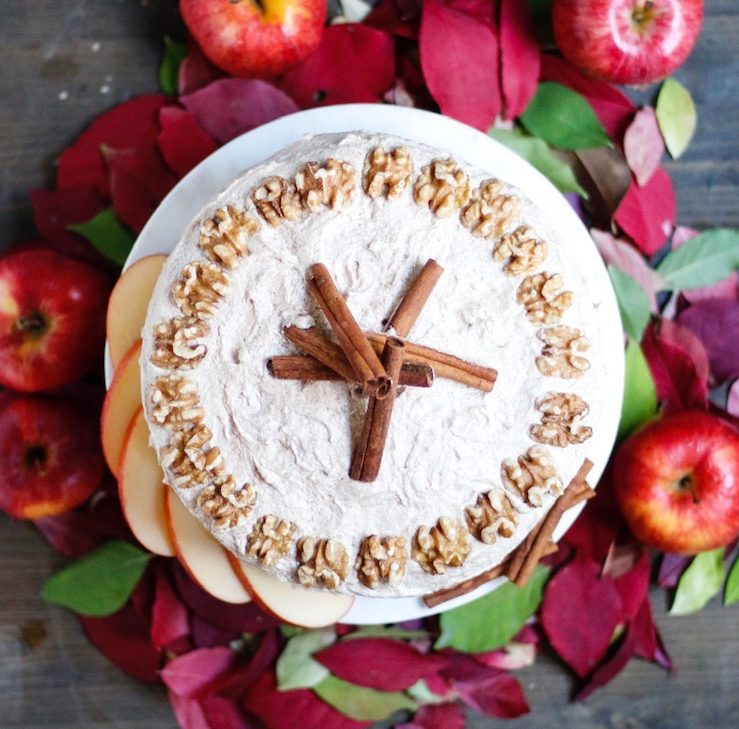 I first made this cake allllll the way back in 2016! I remember because I had this flavor idea I wanted to test out, so I made it for a Super Bowl party and people went crazy for it.  It was fabulous then and it’s fabulous now, so I literally don’t know why I haven’t made it again over the last THREE years, but that is about to change from here on out as this baby becomes a staple in my winter entertaining menu.

Let me tell you a little bit about what we’ve got going on here- this Molasses Spice Cake is made incredibly moist by an entire cup of apple sauce in the batter (replacing half of the fat a traditional recipe would call for) and by the molasses that adds moisture AND a brown sugar flavor to the layers that I’m absolutely obsessed with.  I’ve also recently started using olive oil in baked goods (like in my other seasonal favorite, Salted Caramel Apple Poke Cake) which not only reduces the saturated fat and adds a healthy dose of vitamins and antioxidants, but it also adds an amazing depth of fruity-flavor, that truly compliments the apple butter in between the layers. 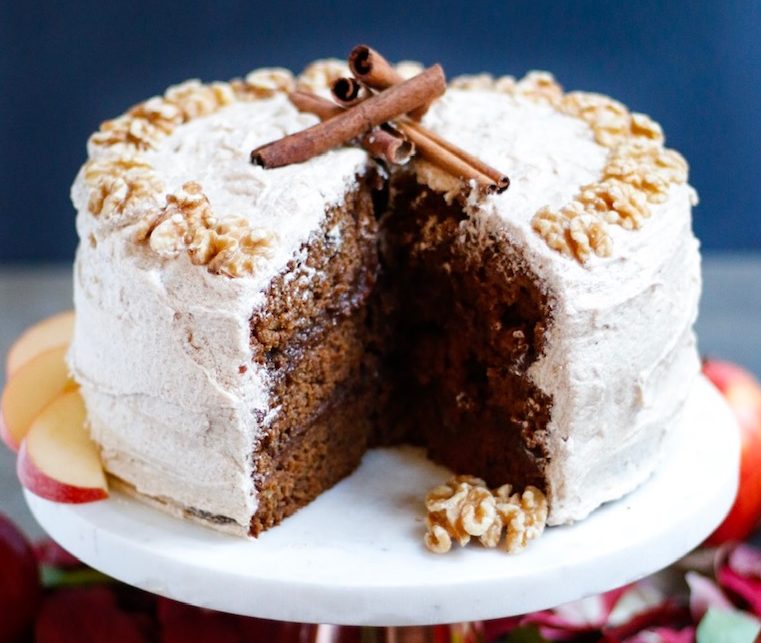 The surprise crunch of walnuts mixed in with the soft apple butter layers, also adds a nice little touch to the Molasses Spice Cake.  And lest we forget, that fluffy brown sugar cinnamon buttercream is something you’re gonna want to layer on THICK.  When I don’t beat the brown sugar enough and it stays a little gritty, I honestly enjoy the slight crispness to the frosting, so don’t get too worried about that if you’re impatient like me 😉 Last, don’t skimp on the amaretto or cinnamon, because that’s what makes this flavor unlike anything else you’ve ever made before! 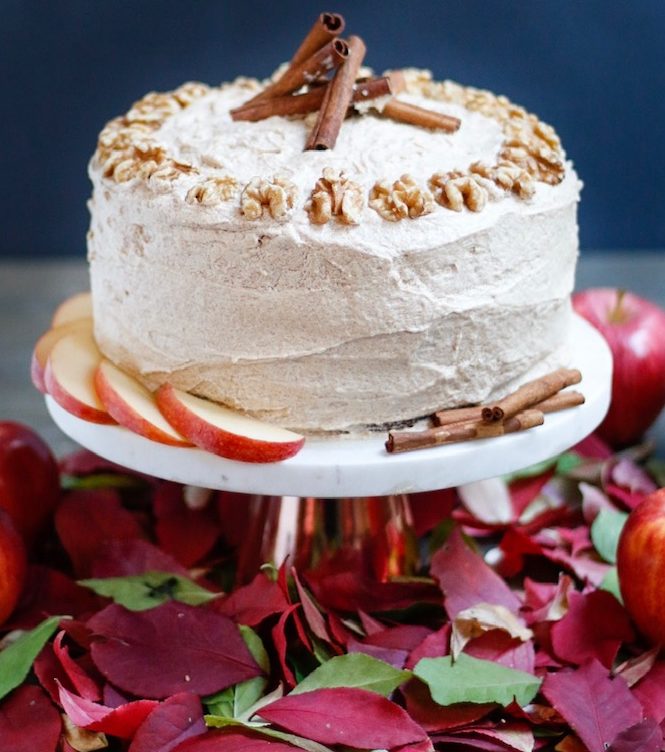 I hope you enjoy this cake as much as I do- it’s perfect for the fall and winter season! 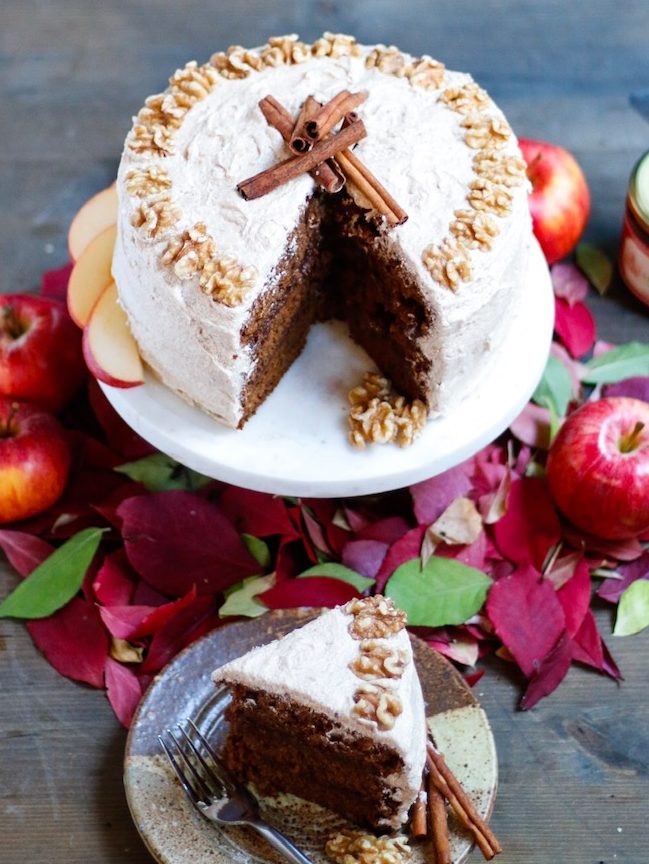 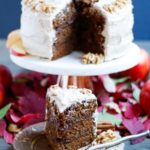 Molasses Spice Cake is an absolute Thanksgiving dream! Especially when layered with thick smears of apple butter, then smothered with brown sugar cinnamon buttercream on top, it's absolutely not to be missed!

*Feel free to use any brand or a homemade version, but I love the Muirhead Cinnamon Apple Butter from Williams Sonoma! It is only 3 ingredients, and naturally vegan.  It is a little more expensive than other brands, but I think the flavor is worth it.  Plus, with the amount of time you'd spend running your oven to make apple butter from scratch, it's probably cheaper to just spring for the already made stuff 😉

**You can use butter instead of shortening if you don't care about keeping the recipe entirely vegan!