For full disclosure, I’m not at all happy with how the photos for this post turned out, especially compared to the gorgeous shots I got of this sister recipe, my Pistachio Coconut Blondies. But, these Vegan Chocolate Chunk Blondies are one of the best plant-based recipes I’ve made, so I couldn’t wait another day to share! Plus, they come together in about 30 minutes, making them the perfect dessert to whip up at any time! (New drool-worthy pics will come…at some point)

Growing up, my grandma always used to make us “Butterscotch Brownies”.  At first, I “claimed” I didn’t like them because I didn’t like butterscotch (had I ever had butterscotch?? Probably not, but I was a stubborn and picky child).  It wasn’t until she showed me the recipe with absolutely zero butterscotch in it, that I was finally able to get on board (as if my grandma would lie to me?? Yea right, she’s probably the nicest lady on the face of the Earth) and once I tasted them, there was no going back. Slightly crisp on the outside, soft, buttery and chocolatey on the inside, what wasn’t to love? 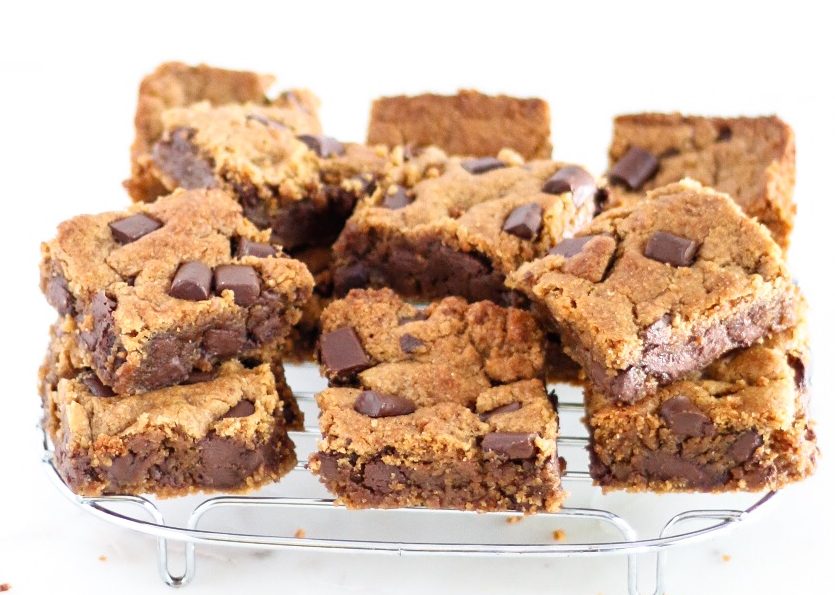 Now, this was back in the 90s before blondies became the hottest craze since cake pops.  Being the astute children we were, we knew these treats were like brownies, but obviously they weren’t the same, so my cousins and I deemed them “TANNIES!”  Little did we know, society was about to one-up us and name them “blondies”, but hey, the taste is all I care about. 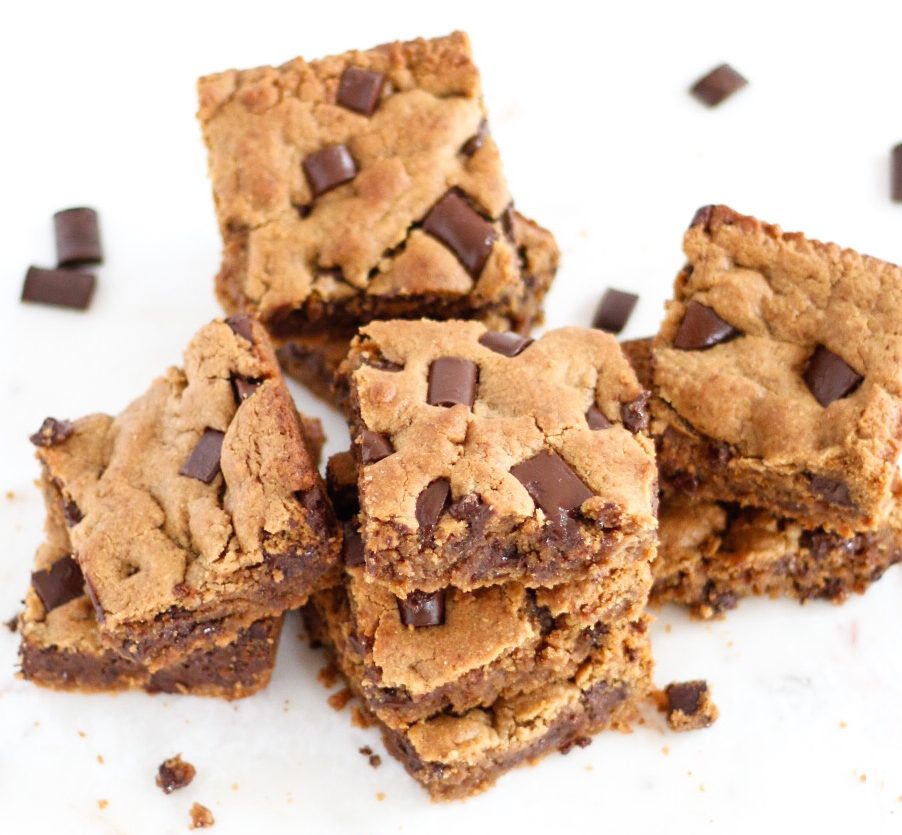 Alas, these Vegan Chocolate Chunk Blondies are my plant-based rendition of one of the most popular recipes of my childhood.  They’re basically a staple in my family, and luckily, this dairy-free, egg-free version does not disappoint. These blondies are so freakin good, the first time I made them I had to drive them to a friends house an hour later…just to keep me from finishing off the entire pan by myself. True story.

Seriously, a batch of these Vegan Double Chocolate Chunk Blondies barely lasts through the night whenever I make them for people.  They’re chewy, buttery, oozing with chocolate, and have just the slightest bit of nuttiness to pull them together. If you want to make them just like my grandma did- don’t forget the extra powdered sugar sprinkle on top!

*Be cautious of the chocolate chunks you buy to be sure they are dairy free.  I love Enjoy Life brand. 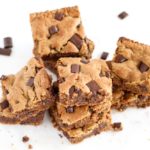 Believe me when I tell you, these vegan Chocolate Chunk Blondies are the most epic blondies EVER. Chewy, crunchy, buttery, and nutty...there's something for everyone! Be sure to go heavy on the chocolate chunks, so they're oozing with chocolate in every bite 😉

Add to Favourites
By EllenFood