Nothing screams summer quite like blueberry and lemon- fresh, sweet, tart, and most importantly, colorful has hell to really embrace the season.  I’m honestly not a big cheesecake fan, but I had Blueberry Lemon Cheesecake Bars at a wedding shower TWO YEARS AGO, and I haven’t stopped thinking about them since.  It was such a refreshing + light flavor combination, perfectly balanced with creamy + decadent filling, and a crunchy + nutty crust.  Ultimately, it’s lead us to this day where I’m finally gracing you with my vegan (dairy + egg-free) version of these little sweet treats! 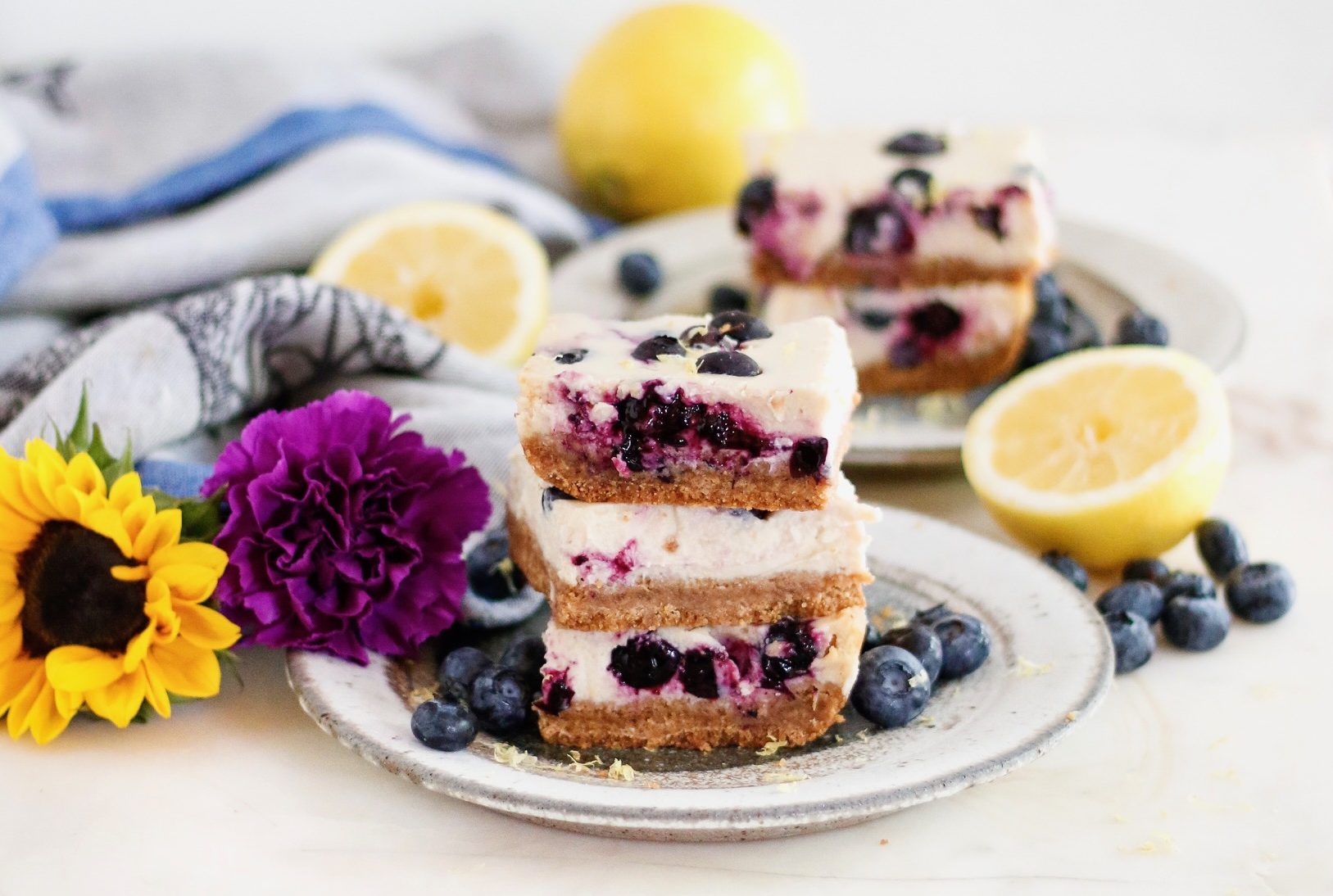 Let’s break this down….these Blueberry Lemon Cheesecake Bars have a graham cracker crust sweetened with a combination of Vitafiber (for less sugar + a dose of prebiotics) and brown sugar (because what recipe does brown sugar NOT make better?!).  Cinnamon is added (because duh!) and ultimately, this crust is so good, I really just want to pull it off the bottom of each bar and eat it on it’s own.

Next it’s topped with a cheesecake filling made from protein-packed tofu (don’t freak out, ok! I promise you won’t know it) and Kite Hill cream cheese, which is the only vegan brand I’ve found to like.  When you’re zesting the lemons, I know it’s an annoying extra step, but it is SO WORTH IT to get all the lemon flavor from the oils in the skin. And then of course, sprinkle with as many damn blueberries as your little heart desires, because more is more and those babies are loaded with antioxidants! 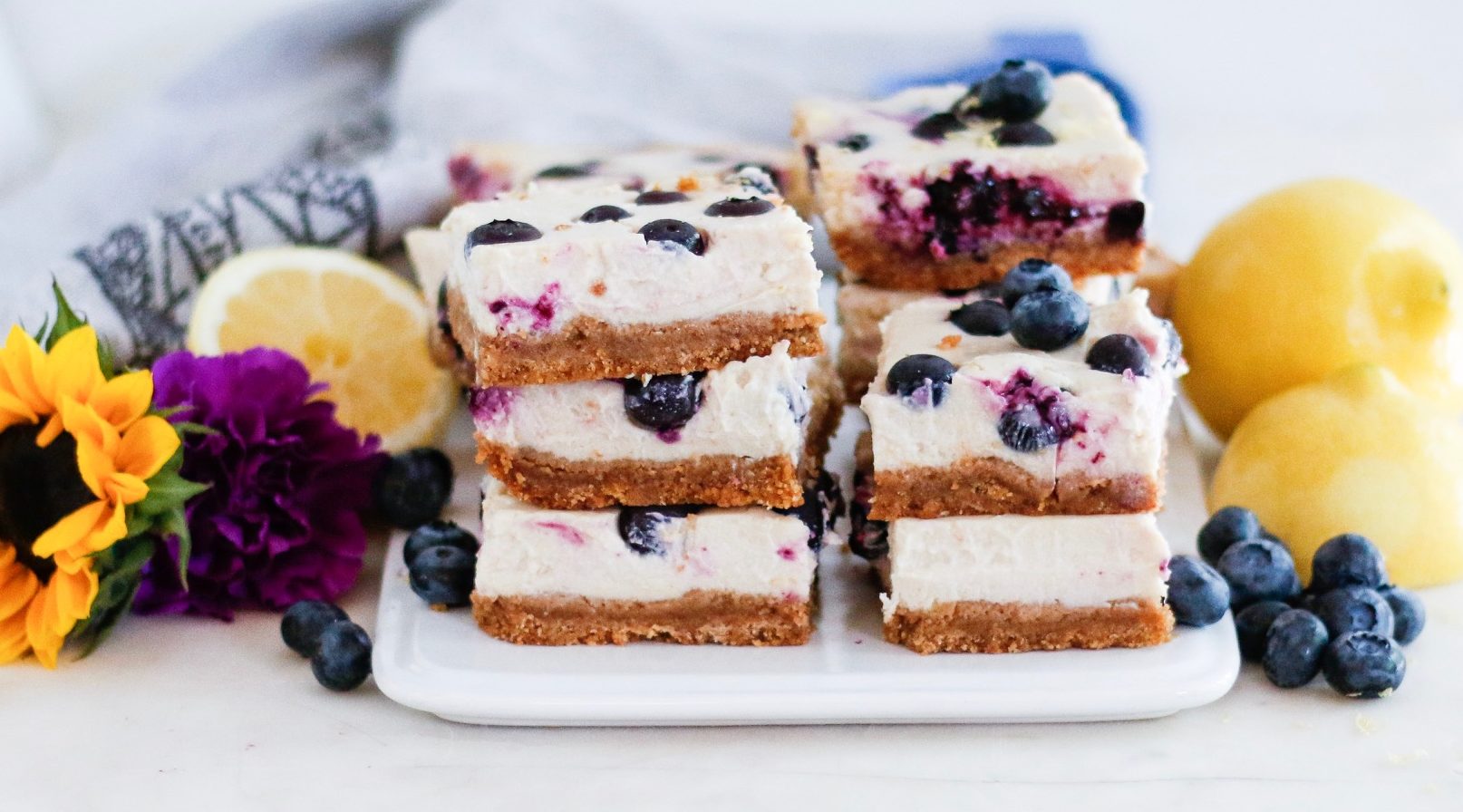 The best part about these bars is they store in the fridge- so they’re a perfect make ahead dessert for entertaining, or just to have a treat ready to go for when those 9pm cravings for something sweet kick in.  If I still haven’t sold you on them, my brother (the anti-vegan + anti-dessert crazy person that he is) WENT CRAZY for these, and even claimed these Blueberry Lemon Cheesecake Bars are better than real cheesecake… so they’ve gotta be legit, right?! Anyway, you be the judge, try them out and let me know what you think! 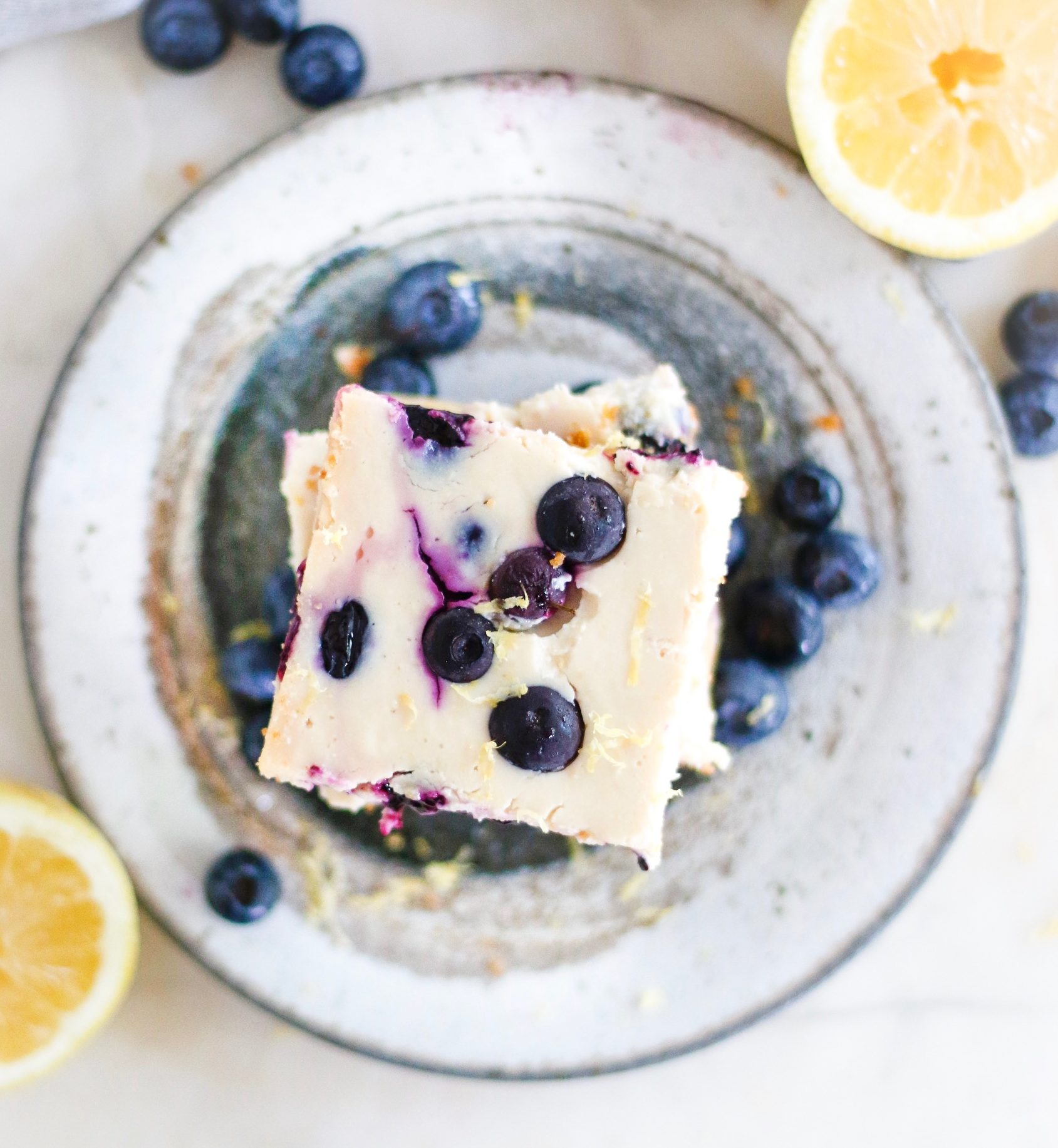 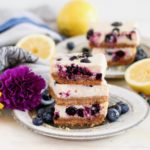 Refreshing + light flavor combination, perfectly balanced with creamy + decadent filling, all the while made entirely plant-based!